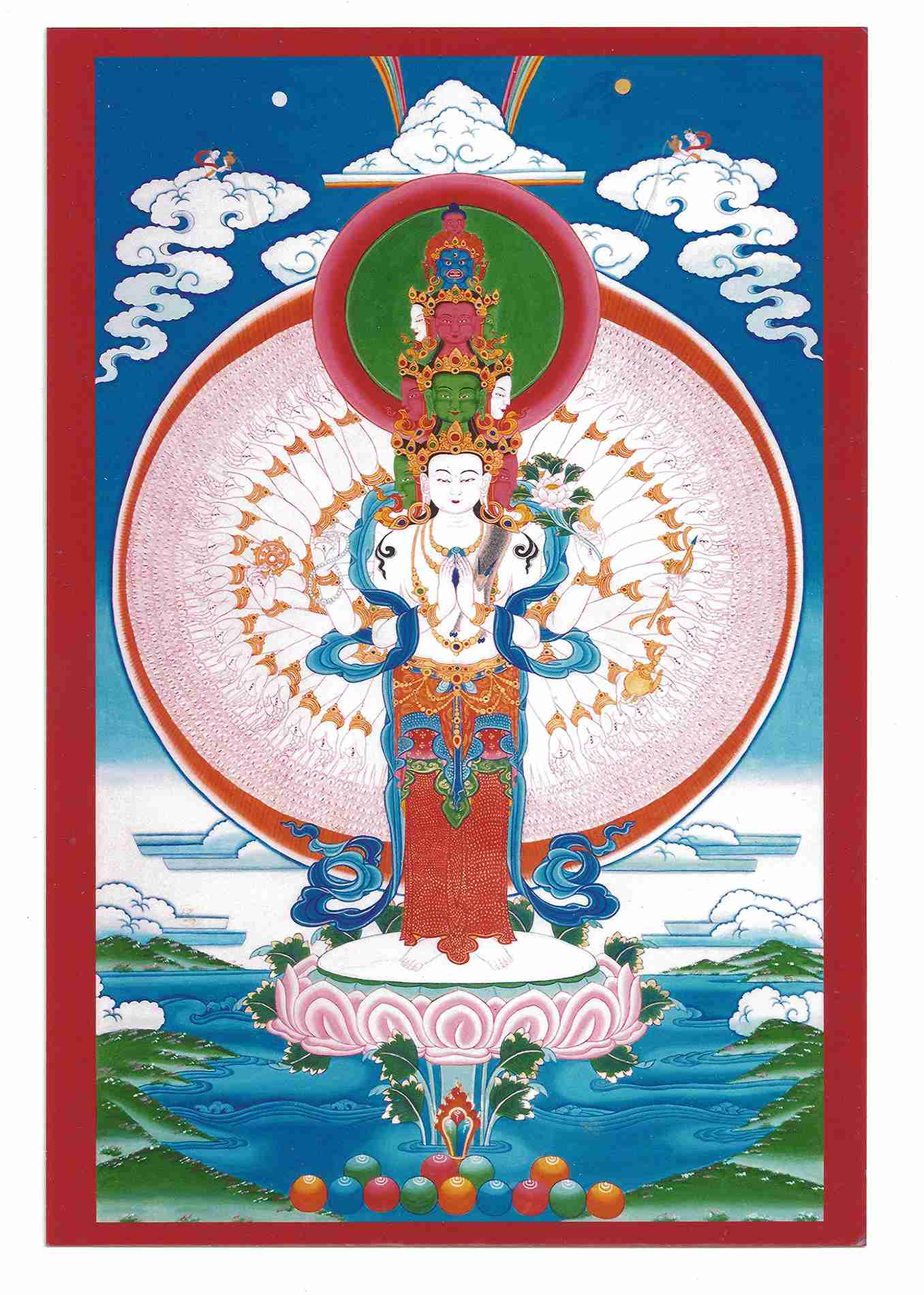 The Nyungne practice of the eleven-faced, thousand-armed form of Chenrezig (Avalokiteshvara), the Buddha of compassion, is for purifying negative karma and accumulating merit and wisdom in a short but intensive retreat setting. This intensive practice requires maintaining the eight Mahayana precepts on the first day and on the second day adding vows of fasting and silence (fasting begins after the noon meal on the first day and continues until breakfast on the third day). Meditation sessions include prayers, offerings, prostrations, and extensive mantra recitation, cultivating all three vehicles of Buddhism. Practicing Nyungne with great devotion increases peace in oneself and the world, brings happiness and good fortune, and leads to rebirth in Buddha Amitabha’s Pureland of Dewachen.

It is said in the text called the Collection of the Intentions of All Tantras that if practitioners of the Mahayana do a nyungne even once, they will purify all the wrongdoing accumulated throughout forty thousand eons and achieve rebirth as either a human or deva. If done eight times consecutively, the state of a stream enterer is attained and rebirth in Dewachen is guaranteed. If performed twenty-five times, the state equal to a once-returner is attained and all wrongdoing of the previous eighty thousand eons is purified. Performed fifty times the state equivalent to a non-returner is achieved and all wrongdoing for the prior eight hundred million eons is purified. If the nyungne is performed 108 consecutive times, arhatship is attained and all the wrongdoing and obscurations of the past one billion eons is purified and birth in Dewachen in the direct presence of Buddha Amitabha is assured.

At the Garchen Institute we typically practice nyungne at the time of Saga Dawa, the month of Shakyamuni’s birth, enlightenment, and parinirvana.  All merits are magnified millionfold during this time, so is considered a very important time to practice.

We will practice two Nyungnes in a row, the second cycle fasting day falling on the day of Saga Dawa.