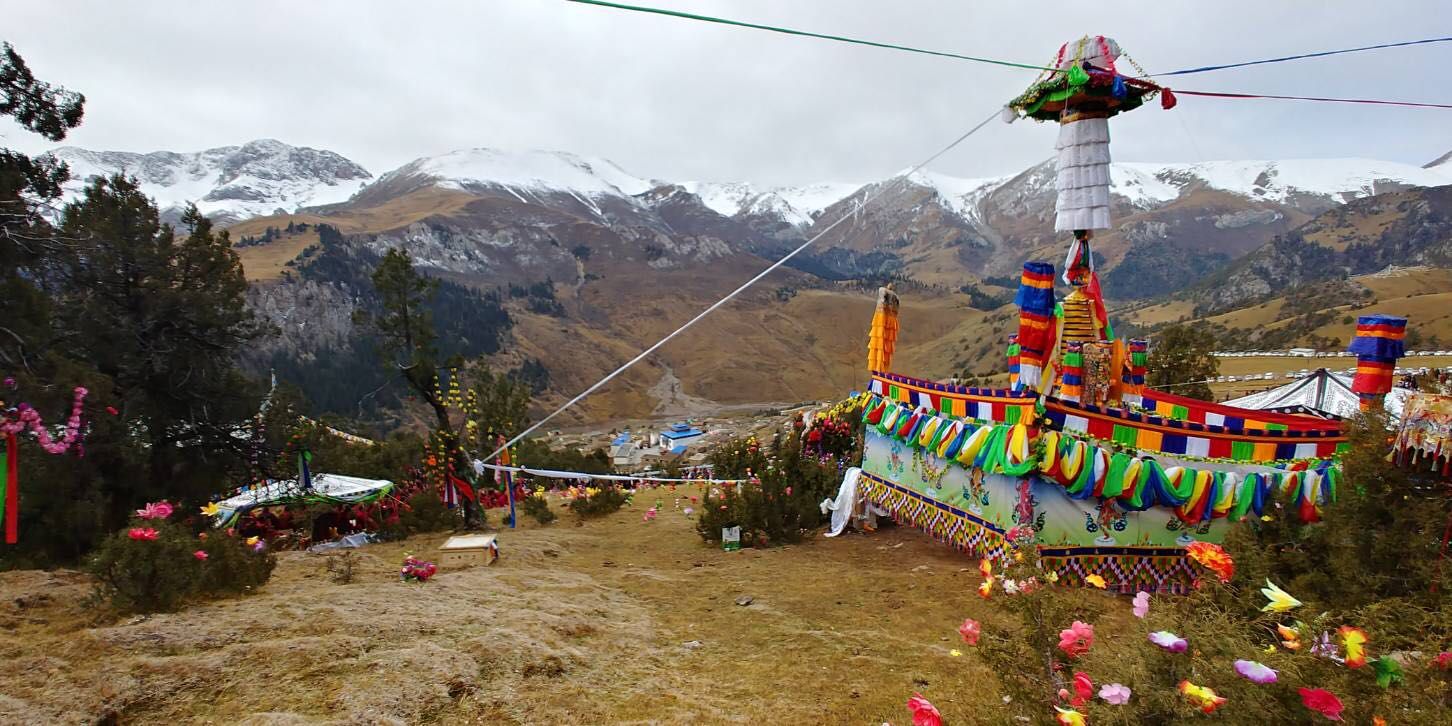 Tomorrow, on October 19th 2018, in the morning, Lama Mingyur Rinpoche’s corporeal remains will be cremated. The ceremony will be held under the auspices of His Eminence Lho Bontrul Rinpoche, His Eminence Kyenga Rinpoche, His Eminence Khamtrul Rinpoche from the Nemdo Kagyu Monastery, together with other Drikung Kagyu lamas and the community of disciples. His Eminence Garchen Rinpoche encourages his disciples to offer their dedications and prayers, and to engage in other virtuous practices. Rinpoche also said that the supplications and aspirations made will be accomplished accordingly and blessings will be received. Below is a letter from H.E. Garchen Rinpoche. Please read it.

Notice to the great masters of all Buddhist traditions, and to ordained and lay followers connected through faith, respect, and deep samaya:

The supreme emanation Lama Mingyur Rinpoche is our holy place of refuge, who appeared due to our merit in order to benefit the teachings and all beings. He is our kind and incomparable root guru, a supreme spiritual guide of the single ultimate truth, and a lamp dispelling the darkness in Tibet.

The activities of the supreme saffron-robed Dharma Lord Thubten Tsultrim Gyatso [Mingyur Rinpoche’s bhikshu name) were inconceivable, for he planted the roots of the teachings throughout Tibet. There he sustained the life-force of the teachings, the very source of the Sangha order: the three higher trainings of the saffron-robed monks.  In his service to the Buddha’s teachings in general, he is the Lord of the unsurpassed ultimate Dharma; and at Gar Monastery, he remained steadfast as the pillar upholding the life of the teachings.

Again and again he showed that he would not remain as the glorious merit field of us disciples to be trained. Yet, through the samaya bond of love that unifies him with His Eminence Garchen Rinpoche, by the blessings of the Three Roots, and through the result of the single-minded supplications made by the gathering of disciples with faith, samaya, and pure intent, we received the fortune of his longevity. Still, there comes a time when impermanence becomes manifest, as it is the inevitable nature of this world.

This year, H.E. Garchen Rinpoche predicted the imperiled nature of his physical condition and the advent of obstacles to his life. Therefore, His Eminence recommended that healing ceremonies be held and advised Rinpoche not to travel anywhere, and other measures, all of which were carried out accordingly.

In addition, while observing the vows of the summer retreat in the seventh Tibetan month, he remained in the [three-year] retreat [area of the monastery] for several days, and on the twenty-seventh day, he went to his personal quarters at the Upper Monastery. There the two Rinpoches held close conversation and after H.E. Garchen Rinpoche gave him final instructions, his body mandala dissolved into the dharma-sphere.

The memorial ceremonies for his corporeal remains have been conducted according to Garchen Rinpoche’s instructions [for the last forty-nine days.] As instructed by Rinpoche, the ordained community performed the Lama Chopa[and the Red Chenrezig Puja of the Guhyasamaja cycle,] while the disciples of the lay community accumulated Vajrasattva mantras. 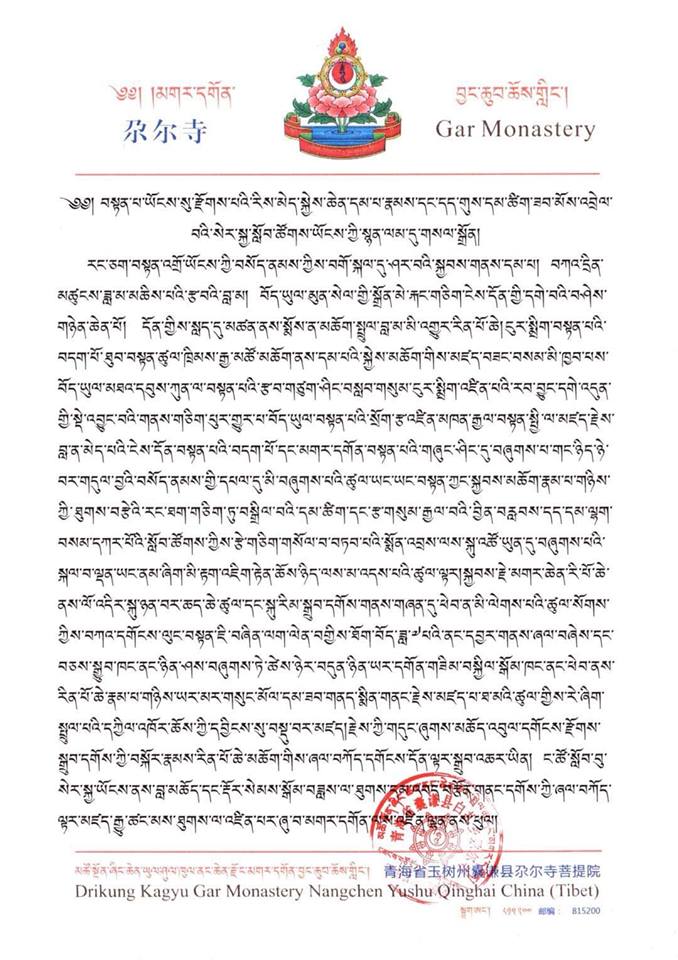 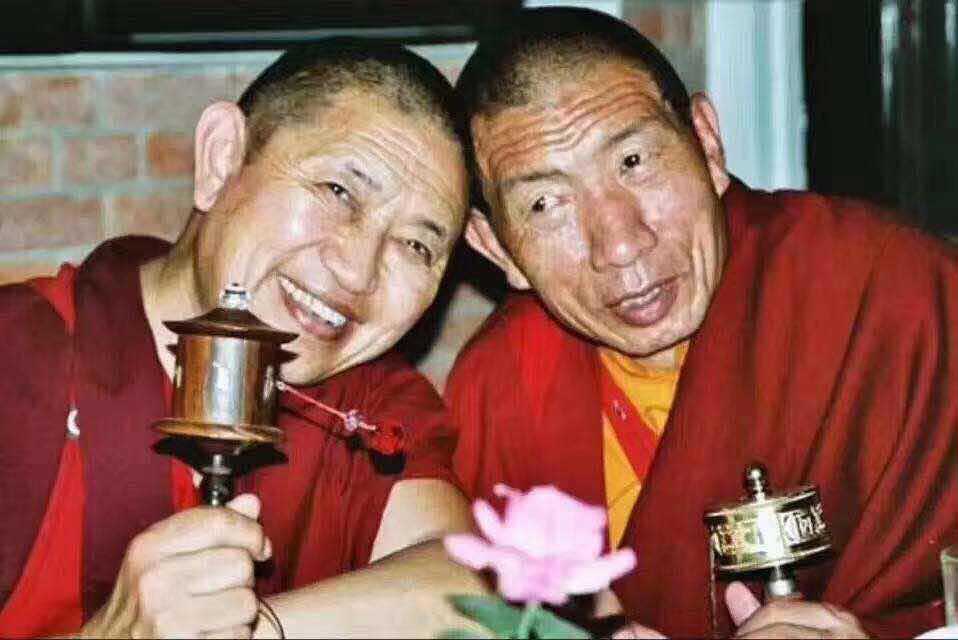